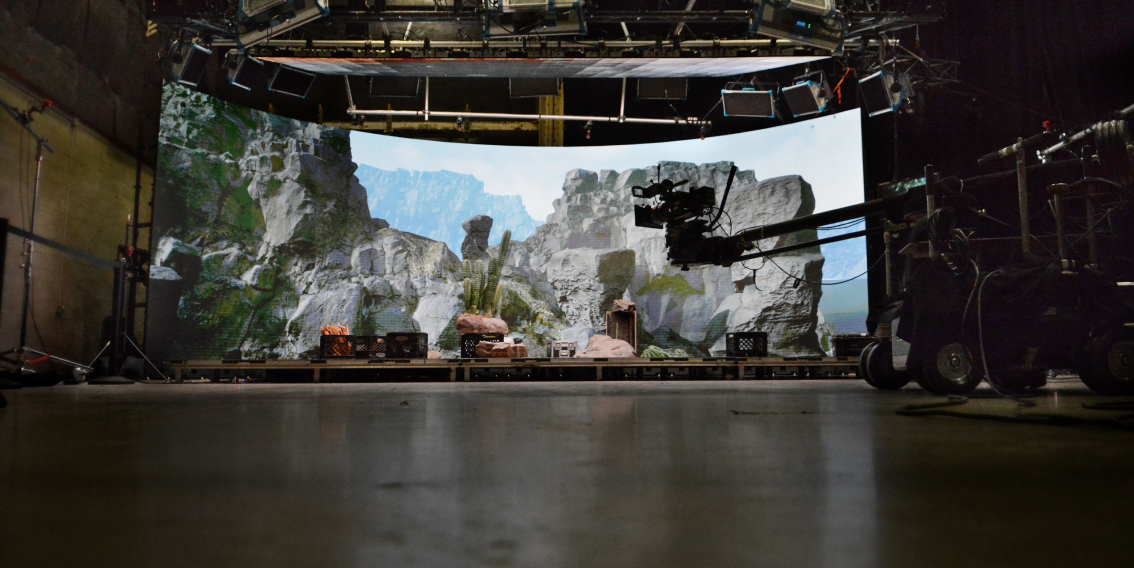 The Pros and Cons of LED screens

Virtual production with LED screens will eventually become the gold standard for broadcast and cinematic production. This amazing new technology has certainly shown its advantages during the pandemic, as it cuts the need for travel, allowing for an entire production to be shot under one roof.

In a studio covered in enormous LED screen walls that display high-resolution images of 3D environments using gaming engines, anything is possible. There’s no need to worry about weather or border closings.

Still, the technology currently rests in the hands of early adopters, because it does have its limitations. Samy Lamouti,  technical manager at Neweb Labs, (VFX team for Mowgli: Legend of the Jungle, and Blade Runner 2049) says that more professionals need to learn about all the virtual production technology.  “There are still only a few dozen professionals who have experience shooting with LED walls.”  Most productions adopting the new technology use both LED walls and green screens. “There are advantages to both, depending on the situation,” he explained.

Adoption will grow as more people understand what the technology can do, “LED is where the future of filmmaking is headed,” Lamouti said. “There are a lot of advantages.”

For one, directors can view the final shot on screen in real-time while they are still on-set. This means they don’t have to wait until post-production to see the final shot and can reshoot right away to get the right shot. Using software tools like Zero Density’s Reality Engine plugin with Epic Games Unreal Engine, the production team can make real-time changes to the background set, raising the height of a mountain, adding more buildings, changing the lighting from a sunny to a slightly overcast day-- all with the click of a mouse for real-time high-resolution effects that can be rendered in real-time as the new host is filmed.

Still, there are some limitations to virtual production LED walls when comparing it to green screen technology. These are some of the pros and cons to consider:

The PROS of using LED screens

An immersive and high-res on-location experience

For actors, LED screens make it feel like they are filming on-location. No more pretending that mountain is off in the distance. Actors can see the mountain. Surrounded by high resolution LED walls, the entire cast, crew, director and VFX team view the final set live, in real time; whether it’s a desert storm, a crater on the moon, or a Beverly Hills mansion.

“Green screens would have been a nightmare in post-production for The Mandalorian in particular,” Lamouti explains. The main reason? “The Mandalorian, the lead character, wears a highly reflective armor. If they had used green screens, it would have resulted in green hues on his armor, and a lack of realistic reflection from surrounding scenery.” LED walls reflect the correct lighting and reflections, as displayed on the LED wall.

While reflections and lighting can be added in post-production, it takes a whole lot of time. For the Mandalorian, it would have required hundreds – if not thousands – of hours to do all the colour-correction work. For that reason alone, green screens were the perfect solution for the production.

The CONS of using LED screens in virtual production

“Explosives are not safe around LED screens,” Lamouti points out. For scenes with real fires and explosions, LED won’t do. “You don’t want to blow up anything close to an LED wall—they’ll get damaged.”

Still, with virtual production, you can blend the physical set with pre-shot VFX, so a fire or explosion could be combined in-camera, eliminating the need to shoot it live.

It’s a matter of perspective – actors may feel like they are in a desert, but they are actually in a room with four walls. There’s a limit to how far they can run; they will eventually hit one of those walls!

Remember the Road Runner who slapped a picture of a tunnel onto a rock so the coyote would run up against it? Actors need to know when to stop running so they don’t “go coyote”, so to speak…

The sky is the limit - so is the floor

“Once you’ve filmed in virtual production, you realize the sky is the limit,” Lamouti explained. While that’s true in terms of imagination, it’s also true when talking about the technology itself. A typical LED screen goes to the top of the wall; it doesn’t span the ceiling. If you are shooting a scene that requires another two feet of sky, or buildings, that will have to be added in post production. You’ll also need to decorate the floor, and find a way to blend the screen with the foreground.

The transition lines between floor, wall and sky need to be fully understood when shooting with LED walls.

The background needs to stay back

You don’t want to zoom in too close to an LED wall background--you’ll start seeing the pixels in-camera. Keep it a little blurry. Camera operators also need to watch for distortion when the camera picks up the screen pattern causing the “moiré” which results in an interference pattern in the final shot.

The initial investment in a virtual set with LED walls is hefty. While it may be worth considering for a multi-location large-scale production, or even for a smaller production when being on-location is impossible, all things need to be considered. . Pandemic lock-downs are certainly a good reason to consider using an LED screen virtual production studio.  “When you factor in what you’ll spend in location, travel and post production—it may be worth it,” Lamouti said. There are also smaller studios available (10x10 LED wall rooms) that provide ample space for shorter productions with a smaller production team, like commercials or promotional tools.

It’s important to consider all the advantages and disadvantages of LED walls for your production before jumping in, Lamouti explained. It’s an amazing technology, offering new possibilities, but it’s not necessarily the best choice for every production.

Still, Lamouti is excited. “We are only just starting to create in virtual production, and we’re learning how extensive the capabilities are. We really are looking forward to a very exciting future with these technologies at our disposal.”