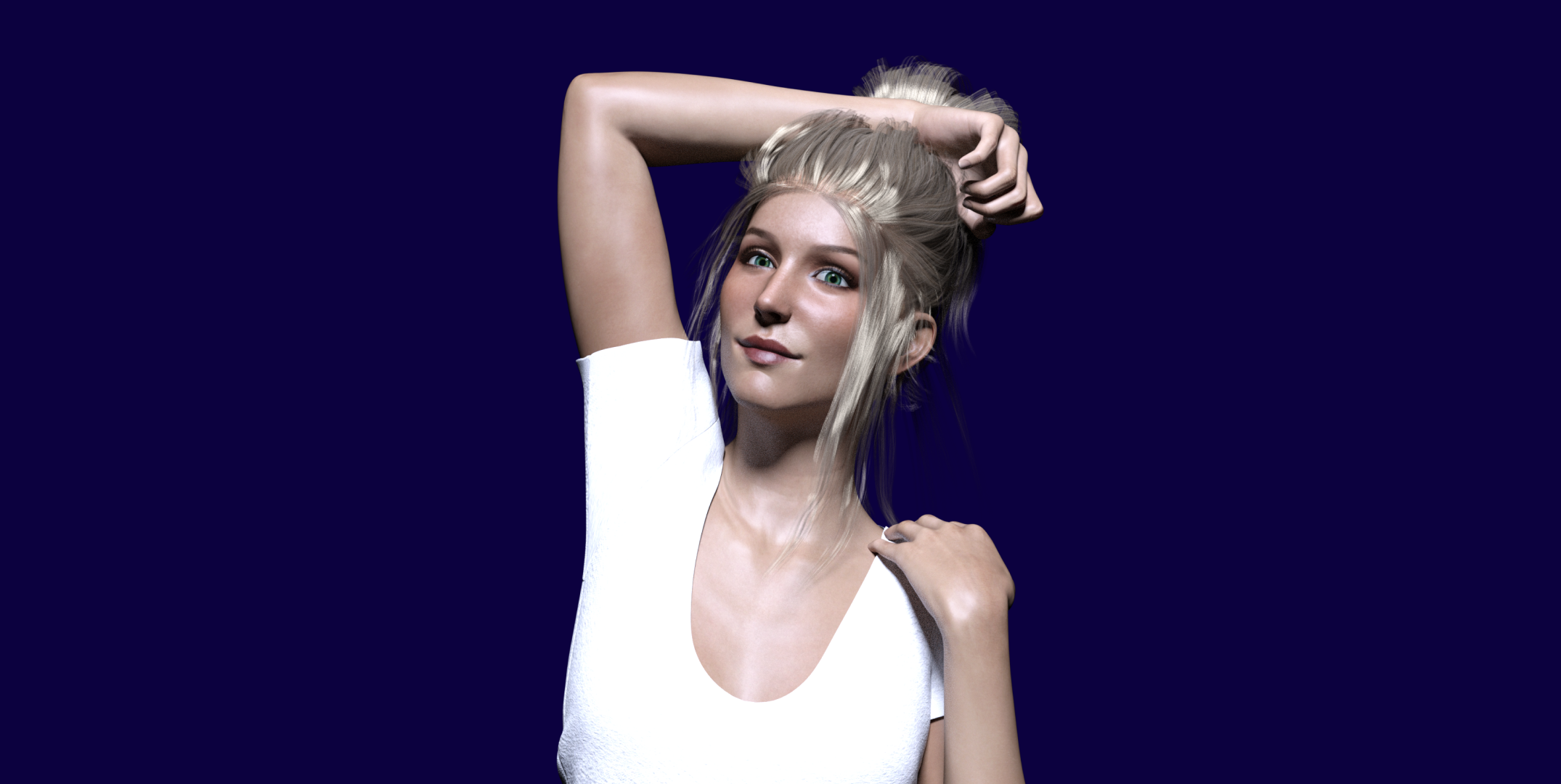 In some respects, the future of French-Canadian pop music resembles many present-day divas: blonde, slim, attractive. But there’s one very important difference between Maya Kodes and the Keshas of this world—Kodes is a hologram. And while she may not be the world’s first virtual pop star, she’s the only one so far who moves, sings and talks to people in real time.

Kodes is the brainchild of animator Yves St-Gelais and his Montreal-based start-up, Neweb Labs. She has a prototype of sorts in Miku Hatsune, a Japanese virtual pop star with a huge back catalog and a large and breathless following. But unlike Hatsune, whose performances are prerecorded and played like a DVD, Kodes delivers her pop routine live. So far, Kodes has performed around 30 times. Marketed toward tweens, each gig marries uncomplicated dance-pop with digital pyrotechnics, ranging from color-changing costumes to the dazzling electronic sparks that shoot out from her digital palms.

Like any musician, each performance is subtly different, and the product of much work behind the scenes. It’s just the nature of that work that’s a little different: Off-stage, dancer Elise Boileau provides the moves, which an army of designers, illustrators and computer programmers translate into digital gestures. Kodes’ songs are also performed live, though the identity of the human behind her voice is guarded under lock and key, to maintain the illusion. She can even answer questions from members of the audience, or respond to what’s going on around her.

Of course, she isn’t perfect. The animation recalls the video game The Sims, and even her “look” is fairly derivative of the most basic kind of Disney princess. But St-Gelais says this is just the beginning. Already, he’s adjusted the design in response to negative feedback from women about her pneumatic figure, which he characterized as “a man’s version of a woman.” Now, he envisages a future for Kodes with multiple characters, an updated aesthetic, and live performances taking place simultaneously all over the world. “That will bring another form of communication, of intimacy in which Maya Kodes will be the core element,” he told Quartz.

For now, the important thing may be building a flesh and blood fan base to support this virtual star. So far, Kodes has an EP, a backstory, and an effervescent Twitter presence—but she’s still awaiting the one key to success that can’t be conjured up online.