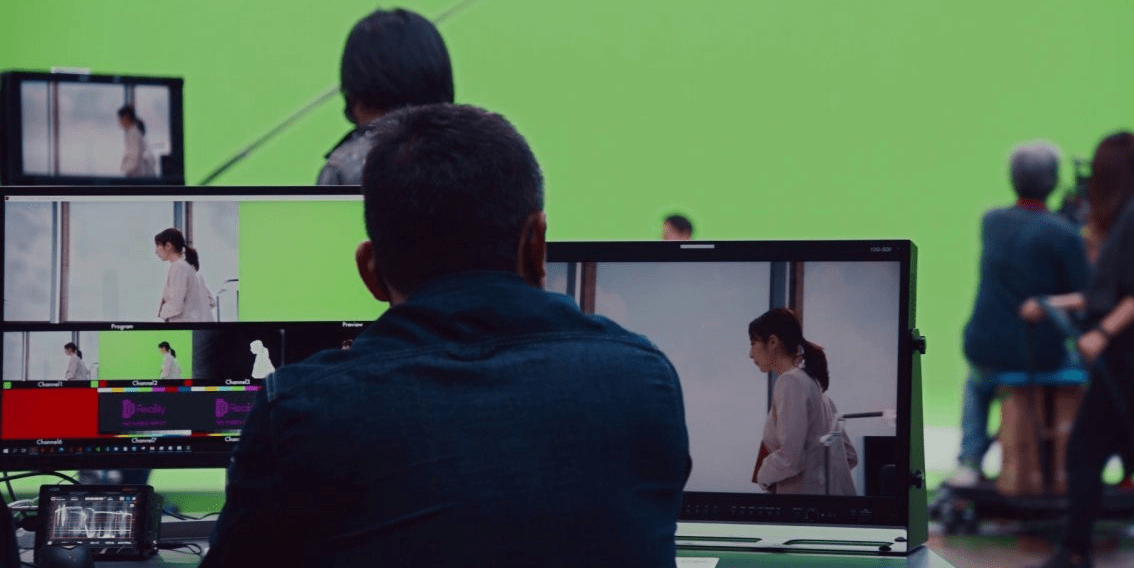 The evolution of green screen: from early-stage to LED blue screen

What is a green screen?

A green screen is an optical filter that can be used in a variety of ways.

One common use is in film and photography, where a green screen is used to block out certain colors so that they can be replaced with other colors in post-production.

This allows for a more flexible color palette and can create some interesting effects.

Green screens can also be used in live settings, such as news broadcasts or sporting events. In these cases, the green screen is used to compositing different images or video feeds together in real-time.

There are many different applications for green screens, and the technology is constantly evolving. As a result, green screens are sure to remain a staple in the world of film and television for years to come.

A green screen is an important tool for any video editor. It allows you to superimpose one video over another, which can be very helpful for creating special effects.

For example, you can use a green screen to make it look like a person is flying through the air. green screens are also frequently used in news programs, where they can be used to display weather maps or other information.

To use a green screen, you will need to have two video files - one of the green screen itself, and one of the video that you want to superimpose over it. You will then need to use video editing software to combine the two videos.

This can be a bit tricky, but there are plenty of tutorials available online that can help you get started.

How do green screens work?

Chroma key screens –commonly called green screens— have been used in film since the 1930’s for compositing (layering) two (or more) images or videos.

Chroma key compositing refers to the technique used to layer two images or videos together. Every colour has a chroma range. When a colour appears solid, it can be easily excluded from an image, to be made transparent.

When placing a chroma coloured screen –often green or blue—behind an actor, the resulting transparency allows for creative use of a second video, still image or graphic to be layered into the image-behind or in front of the actor.

This technique is commonly used to produce weather forecasts, showing a map in the background, or to place a person in front of a background to make it look like they are in a different physical space.

The early stage of green screen

Before this technique, filmmakers used camera tricks such as double exposure to get the effects achieved by chroma key compositing. Some of the early attempts at this amazed viewers.

In his 1903 film The Great Train Robbery, Edwin S. Porter superimposed a moving train over a window in the main film image, to make it look like a train was leaving the train station.

Early films cleverly used compositing of two or more images to transport actors to imaginary locations. There is nothing more untrue than the saying “The camera never lies.”

In fact, for a hundred years of cinema, the camera has always lied. Using a combination of camera illusions to make small things look large and overlaying film exposures, filmmakers have used tricks to bring cinematic stories to life, bringing audiences into new worlds, new realities.

First, shoot the actor on film, then, set up a camera in front of a glass painting of the desired second image, say, a big castle. Expose a new reel of film to the first film, rewind, then expose it to the second image. Voila! Now, what do you do when you want the actor to move and interact without the background bleeding through?

Invented by Frank Williams in 1916, this introduced using a blue screen to print a black silhouette of the actor on a pure white background, called a ‘holdout matt.” Next, Williams did reverse printing on the film to get a white silhouette against black. Next, the film could be shot using the bi-pack method (above) to composite the shot.

In 1925, Dodge Dunning added yellow light to the shooting process to illuminate the actor in order to improve the process of separation of the actor from the blue screen. This was beautifully used in the 1933 production of King Kong.

Used extensively in Disney’s original version of Mary Poppins, Wadsworth Pohl is credited with developing the sodium vapor process, also known as yellow screen, a film technique which lights up actors using powerful sodium vapor lights on a narrow color spectrum which does not register on the red, green or blue layers. This was refined by Disney’s in-house engineer, Petro Vlahos.

The 1980 film Star Wars Episode V - The Empire Strikes Back, won the Academy Award for Best Visual Effects. The film displayed how film compositing technology literally opened up a universe of possibility with the use of light.

The technology behind the LED blue screen involves the separation of a narrow slice of blue light from the full spectrum of visible color. In the filming of Star Wars, LED blue screens were used at an energy wave of 500 nanometers; a point at which blue light turns completely clear.

Why does a green screen have to be green?

Green and blue are the colors most commonly used for chroma screen compositing. First and foremost, this is because they are the colors farthest from human skin tone. Otherwise, any color could be used for a transparent effect.

The greatest limitation of green/blue screen technology is lighting. When lighting is not perfectly balanced between two composite images, the image looks odd to the audience, and distracts greatly from the believability of the composite moving image.

Is the green screen now obsolete?

Once exclusively a tool for weathercasters and cinematographers today, digital green screen technology is now used every day by people video conferencing with Zoom.

It's a playful technology for a 12-year-old, adding a digitally rendered green screen around her body during a school Zoom call—a quick and easy way for her to hide her messy bedroom from her teacher and peers during a math class.

The digital version of green screen technology is now so pervasive, it’s used every day for everyday scenarios, made even more popular as video calls increased during Covid-19 pandemic lockdowns.

Technology is moving at an accelerated pace. Effects that seem magical and amazing today are likely to become integrated to use in regular everyday routines in the future.

Perhaps we will represent ourselves as a virtual human, or place ourselves in a realistic-looking amazon jungle during an exercise routine.

And it all began with a green screen and a camera...

Green screens are a great way to create an interesting and engaging video. They can be used in a number of ways, from creating a simple background or adding text and graphics.

If you want to take your video production skills to the next level, consider using a green screen.

Our team at Neweb labs can help you create any kind of special effect you can imagine.