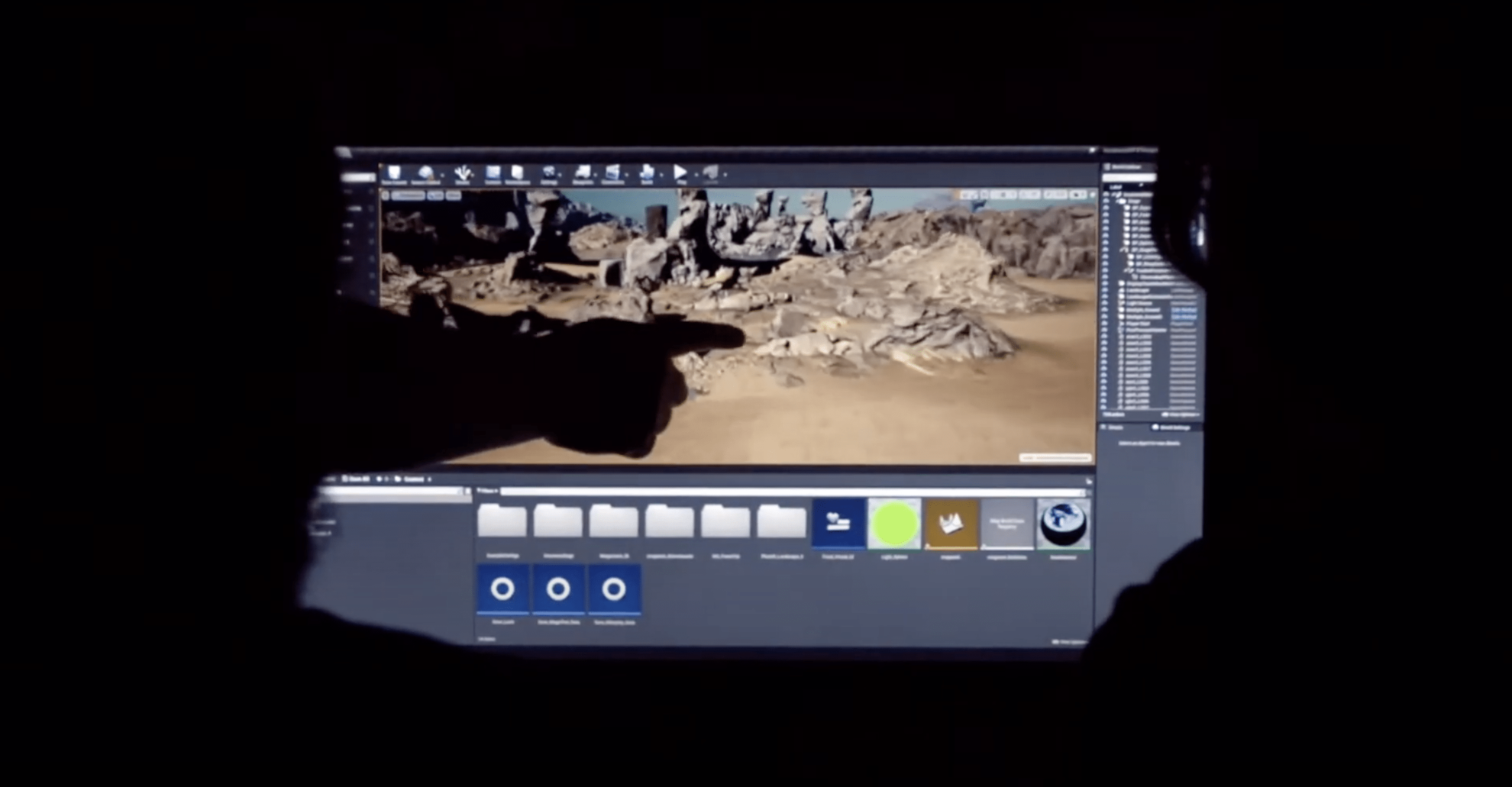 Virtual production, learn the top four reasons filmmakers need to get on board now

Virtual production has opened up a pandora’s box of new and exciting opportunities that  stretch the limits of imagination in entertainment. It cuts costs. It eliminates the need for location-based shooting. It reduces post-production times. No umbrellas required!

There is no doubt: the film community is excited. Using a virtual simulated environment brings a story to the screen faster. Film sets can be pre-created and altered on the fly. Actors can interact with large-screen visualizations of virtual sets in a studio, and changes to production can be made in real time.

The technology is now advanced enough to bring virtual and physical worlds together seamlessly; not only on screen, but also during filming.

According to GrandView Research, in 2019 The global virtual production market size (Hardware, Software, Services) was valued at USD 1,260.5 million. In their recent report, they predict it will have a compound annual growth rate (CAGR) of 15.8% from 2020 to 2027.

St-Gelais says every director of photography (DOP) will tell you the potential for virtual production is mind-blowing. “But they may not have a clue how LED screens work. They are used to working with surface lighting. There’s a learning curve, and it needs to be overcome.”

Shying away is not the answer. “We are in the midst of a technology revolution in film and television, opening new realms of possibility,” he says. “There’s no need to fear it. Embrace it.”

There are many big benefits to bringing virtual production to a set and all of them are revolutionizing the film industry. Here’s what filmmakers need to know:

Virtual production allows filmmakers to create sets before starting shooting and to adjust on-the-fly during shooting, improving on scene and story. This allows producers and directors to control the narrative. They can change the scenery or details instantly at any time in the production pipeline. A recent report by Forrester Consulting commissioned by Epic Games revealed that previsualization of scenes and the ability to integrate special effects into productions were the top reasons for adopting the new technology.

In the shooting of The Jungle Book, Jon Favreau used simulcam technology to pre-visualize scale and actor positioning. This was especially useful when filming scenes when Baloo, the computer-generated 8-foot bear was on-scene with Mowgli, played by a live actor.  The technology reduced post-production time and helped bring the relationship between the characters to life.

Mandalorian Director of Production Barry Baz Idione wonders over the new options that virtual production provides. “The ability to shoot a 10-hour dawn is extraordinary,” he explains.  During filming, actors see visuals on virtual sets projected around them, and special effects are added in-camera. In a behind-the-scenes explainer, Baz said that actors on the Madalorian are more engaged when there’s a virtual set. They see the objects they are pointing at, and know where the road ends.

Filmmakers can now review the shot immediately. No more wondering. No more waiting. This saves an inordinate amount of time in post-production.

“Our latest developments enable final pixel quality in real-time, which empowers content creators across all stages of production, and equips them to shoot their visual effects in-camera. It’s a game changer." – Marc Petit, general manager at Epic Games

When a virtual set is built using a 3D gaming engine such as the Unreal Engine, the possibilities are limited only by imagination. Change the glow of the sunset— or remove the sun altogether. Make a mountain a little higher on the horizon. Make it breathe. Virtual production offers real-time adjustment to scenery instantly, while you continue shooting your film.

For big productions, reshoots can account for 5-20% of production costs. Virtual sets save on travel, transport, location and reduce risk. Post-production compositing and rotoscoping are also minimalized. Any assets created in virtual production can be reused in sequels, new episodes and subsequent seasons, further reducing cost.

As productions are delayed due to Covid-19 pandemic lock-downs and restrictions, experts say that now is the time for the entertainment industry to move to virtual production. A recent Deloitte report, The future of content creation: Virtual production – Unlocking creative vision and business value concluded, “Visualization, motion capture, hybrid camera, and LED live-action are virtual production techniques that belong to the toolset of modern content creation… As the global media and entertainment industry is forced to pause production due to COVID-19, now may be an opportune time to set your organization on a path to innovate the way stories are told.”

The time for filmmakers to embrace virtual production is now.  (Rolling! With a virtual sunset providing a stunning backdrop on a blue planet…)

This is a train you don’t want to miss.